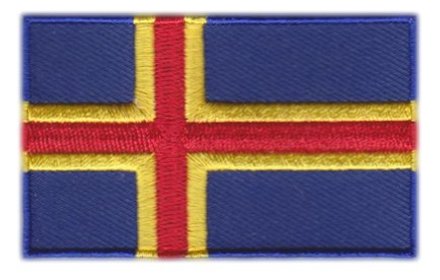 The flag of Åland consists of the Swedish flag defaced by a red cross symbolising Finland. Today, blue and white are considered Finnish colours, but in the early days of Finnish nationalism, red and yellow from the Finnish coat of arms were also an option.

The flag has been the official flag of the autonomous Finnish province of Åland since 1954. It was first hoisted in the capital Mariehamn on 3 April 1954. Prior to autonomy, an unofficial horizontal bicolour triband of blue-yellow-blue was in use. The flag was made illegal in 1935. (source: wikipedia)