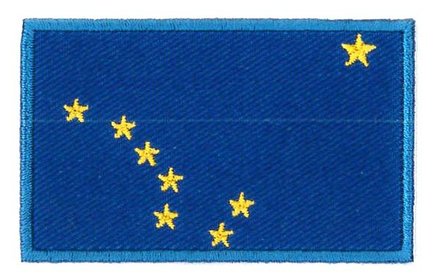 The flag of Alaska consists of a dark blue base with the constellation Ursa Major on the left side and the North Star, Polaris, on the flag's upper right side. The stars are in gold.

Meaning: The blue base symbolizes the sky, sea, mountain lakes and Alaska's wildflowers. The state flower is the blue Forget-Me-Not. The gold color of the stars represents the mineral wealth of Alaska. The constellation Ursa Major, also known as the Great Bear, represents Alaska's strength. The constellation is important because it points to Polaris, also known as the North Star, which is the brightest star in the northern sky. The star used to be very helpful and important for navigational purposes. The North Star also signifies Alaska as the northern most state in the U.S.

Interesting Facts: The flag was created by 13 year-old Bennie Benson as part of a flag contest in 1926. (source: worldflags101) 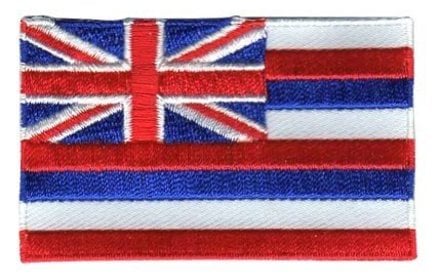