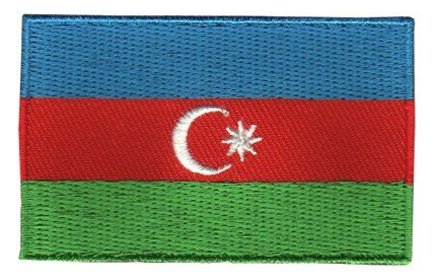 The flag of Azerbaijan is a horizontal tricolour featuring three equally sized fesses of blue, red, and green, with a white crescent and an eight-pointed star in the center. The tricolour replaced an earlier design used by the Azerbaijan SSR. The blue symbolizes Azerbaijan's Turkic heritage, the red stands for progress, and the green represents Islam. The official colors and size were adopted on February 5, 1991. This flag was used from November 9, 1918 to 1920, when Azerbaijan was independent, and it was revived with slight variations on February 5, 1991. The nickname for the flag is Üçrəngli Bayraq, which means The Tricolour Flag. (source: wikipedia)