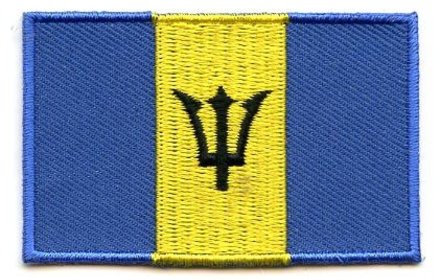 History: The present day Barbados flag was adopted on Nov. 30, 1966, after Barbados received its independence from the British, who had first settled on the island in 1627.

Interesting Facts: The Barbados flag was designed by an art teacher and was chosen in a nation wide contest. The name Barbados comes from the Portuguese name 'Os Barbados' which means bearded one, because of the bearded fig trees that used to cover the island. There are specific rules in Barbados concerning the national flag. One of the rules states that the flag should not be flown after 6 pm, except inside a building (source: worldflags101).