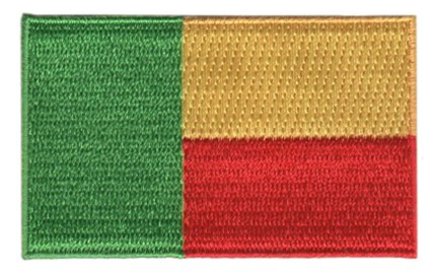 Meaning: The colors of the Benin flag are explained in the Benin's national anthem as such - the green represents hope and revival; the red symbolizes the courage of ancestors; and the yellow represents the country's wealth. The colors are traditional Pan-African colors.

History: The Benin flag was originally adopted Nov. 16 1959, and then abandoned in 1975 and reintroduced on Aug.1 1990, upon the removal of the Marxist regime. The country was formerly called the Republic of Dahomey and gained independence in 1960. It was named Benin in 1975.

Interesting Facts: The national Benin flag used from 1975-1990 was never officially adopted, meaning there was no law regarding it. (source: worldflags101)