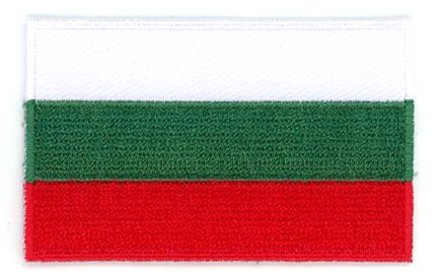 The white and red colors of the Bulgarian flag originate from the flag of Russia used during the Russo-Turkish War of 1878. The green stripe replaced a blue stripe because Bulgaria was developed as an agricultural country after its independence from the Ottoman Empire in 1878.

Fact about the flag patch Bulgaria:

The former Bulgarian coat of arms, formerly on the left side of the white stripe, was removed after 1989.