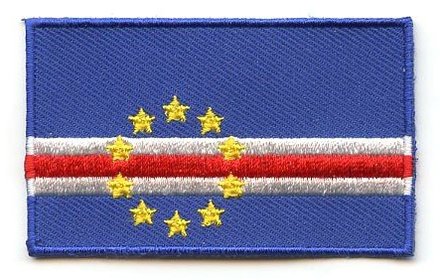 History: The Cape Verde flag was adopted on September 22, 1992 when Cape Verde severed its ties with Guinea Bissau, with whom it was supposed to unite with. Cape Verde declared independence from Portugal on July 5, 1975.

Interesting Facts: The previous flag of Cape Verde was red, yellow and green - very similar to the flag of Guinea Bissau (source: worldflags101).