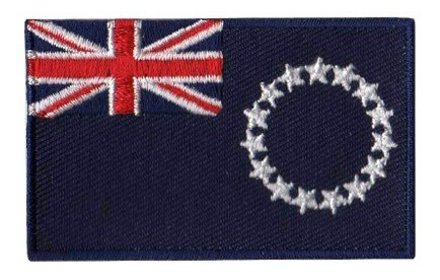 The flag of the Cook Islands is based on the traditional design for former British colonies in the Pacific region. It is a blue ensign containing the Union Flag in the upper left, and on the right, fifteen stars in a ring. The Union Flag is symbolic of the nation's historic ties to the United Kingdom. The stars stand for the fifteen islands that make up the Cook Islands (Tongareva, Rakahanga, Manihiki, Pukapuka, Nassau, Suwarrow, Palmerston, Aitutaki, Manuae, Takutea, Aitu, Mitiaro, Mauke, Rarotonga and Mangaia). The blue represents the ocean and the peaceful nature of the inhabitants. The Union Jack represents the membership and historical ties of the Cook Islands to the Commonwealth of Nations.