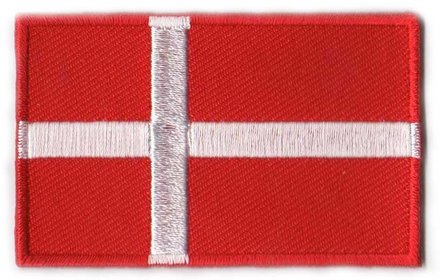 The Danish flag consists of a red base with an uneven white cross, which represents Christianity. The horizontal stripe of the cross runs across the center of the flag, but the vertical stripe is shifted to the left side of the flag.

History: In 1625 the Danish flag was adopted and is generally considered the oldest continuously used national flag in the world. Legend has it that the Danish flag fell from the skies on 15-06-1219, the day in which King Waldemar II defeated the Estonians in battle. Historians, though, think the Danish flag was derived from old crusader banners of the time.

Facts about the Danish flag patch:

1. The cross design of the Danish flag was also adopted by the other Nordic countries: Sweden, Norway, Finland and Iceland.
2. The national flag of Denmark is often called the Dannebrog which means 'Danish cloth'.
3. The Danish flag has unusual proportions (ratio) and is almost square in shape 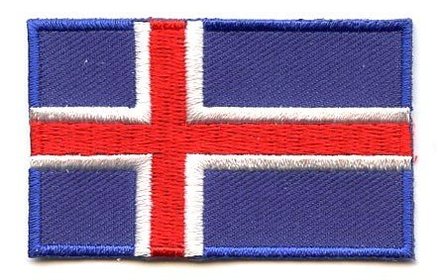