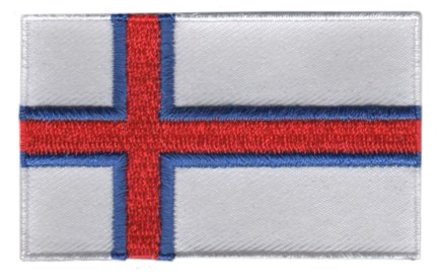 The flag of the Faroe Islands consists of a white base with a red (Scandinavian) cross outlined in blue. The vertical stripe of the cross isn't centered; instead it's placed on the left side of the flag.

Meaning: The white base represents the pure sky as well as the foam of the waves breaking against the islands' coasts. The red and blue stripes are both colors found in traditional Faroese headdress. The colors are also found in the flags of Norway and Iceland.

History: The current Faroe Islands flag was adopted on June 5, 1959. The flag first originated with Faroese students in Copenhagen and was later brought to the Faroe Islands where it was first raised on June 22, 1919. In 1931 it came into common but unofficial use.

Interesting Facts: The flag of the Faroe Islands is called 'Merkio' which means the sign or banner. In the Faroe Islands it is unacceptable to fly two flags on the same rope or pole. However flying two flags side by side is a sign of respect as neither one is superior or inferior. They must be the same size though or as close as possible. (source: worldflags101) 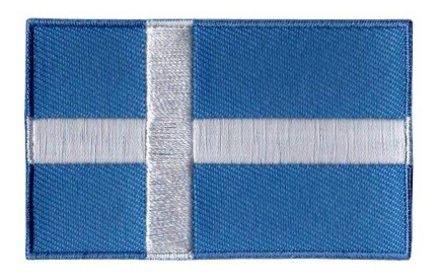