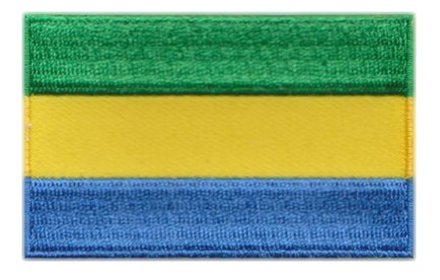 The flag of Gabon consists of three equal horizontal stripes - the top stripe is green; the middle on is yellow; and the bottom stripe is blue.

History: The Gabon flag was adopted on August 9, 1960, just over a week before Gabon gained its independence from France on August 17, 1960.

Interesting Facts: The basic design of the current national Gabon flag was first used in 1959, but at that time the French national flag was incorporated in the upper left corner of Gabon's flag. (source: worldflags101)