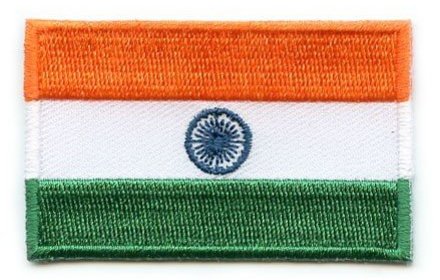 In the middle of the white stripe and the flag is a blue emblem (Ashoka Chakra), a 24-spoked wheel which represents the wheel of the law and each hour of the day.

The Indian national flag is also known as the 'tiranga', which in Hindi means 'tricolor'.