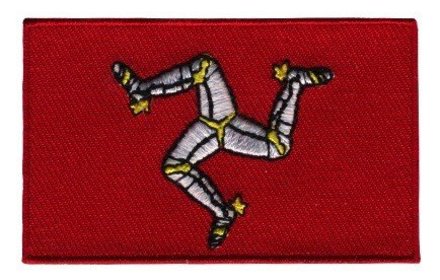 Meaning: Local residents of the Isle of Man explain that the legs on the flag turn anti-clockwise so that they don't kneel to the British!

Interesting Facts: The 'triskelion' (a word from the Greek 'three-legged') is one of the oldest symbols known to mankind. The earliest remnants of it were found in prehistoric rock carvings in northern Italy. It also appears on Greek vases and coins from the 6th and 8th centuries BC. The motto of the Isle of Man, which often accompanies the coats of arms, reads in Latin 'Quocunque jeceris stabit', which means, 'wherever you throw, it will stand', referring to the triskelion. (source: worldflags101) 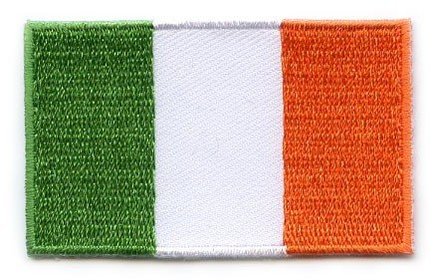