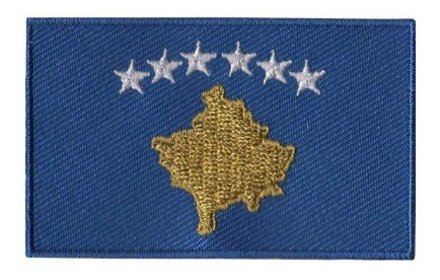 The flag of the Republic of Kosovo was adopted by the Assembly of Kosovo immediately following the declaration of independence of Kosovo from Serbia on 17 February 2008. The now-used design is a variant of one proposal designed by Muhamer Ibrahimi. It shows six white stars in an arc above a golden map of Kosovo on a blue field.