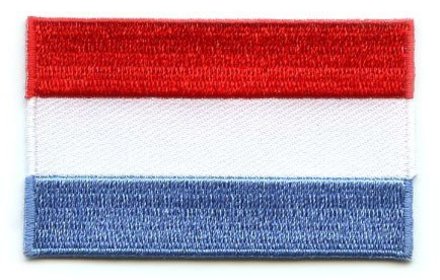 The Luxembourg flag was influenced by the French flag, and was adopted on the 23rd of Juni in 1972. Luxembourg declared independence from Germany in 1835 and designed a horizontal flag in 1845.

Fun fact about this flag patch from Luxembourg

The flag is similar to the flag of the Netherlands, which uses a darker shade of blue. There is no historical connection between Holland and Luxembourg, it's just a coincidence.