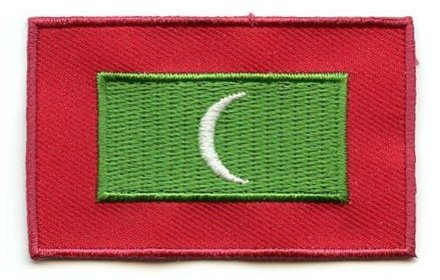 Meaning: The red base represents the blood spilled for independence and the nation's sovereignty. The green stands for peace and prosperity as well as the country's wealth of palm trees and the crescent symbolizes the Islamic faith of the island nation.

History: The Maldives flag was adopted on July 25, 1963. The flag of Maldives was originally a plain red flag. Up until 1949, the crescent pointed towards the left. The country gained independence from Britain on July 16, 1965.