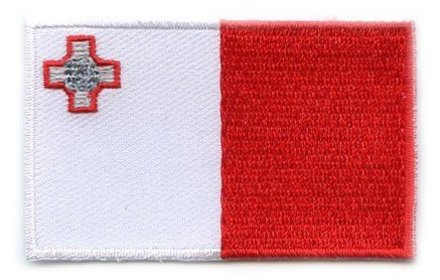 The flag of Malta consists of two vertical halves:

King George VI of Great Britain awarded the George Cross, a military award for gallantry, to Malta in 1942, in recognition of Maltese heroism during the early years of World War II.

Fun fact about the flag patch from Malta: