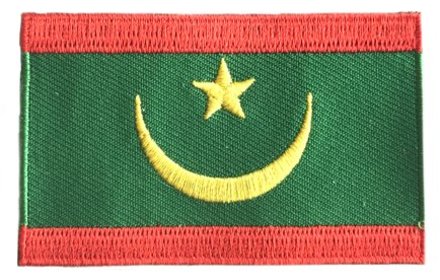 In 2017, a red band at the top and bottom were added to symbolize "the efforts and sacrifices that the people of Mauritania will keep consenting, to the price of their blood, to defend their territory", in a referendum on 5 August 2017, scheduled by President Mohamed Ould Abdel Aziz which contained among other constitutional amendments a modification of the national flag and anthem. First scheduled as part of a single vote, these changes proved controversial enough for them to be made into a separate vote the same day as the vote on institutions. (source: wikipedia)