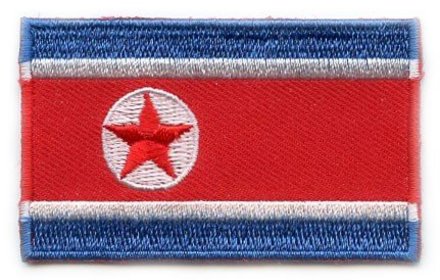 The flag of North Korea consists of a red background with a blue horizontal stripe at the top and bottom of the flag. These blue stripes represent sovereignty, peace and friendship. The red background represents communism and revolutionary patriotism. Just above the bottom blue stripe, and just below the top blue stripe, are thin white horizontal stripes. The white is a traditional Korean color and stands for purity and the culture of the Korean people. Towards the left of the North Korean flag on the red background lies a white circle with a red, five-pointed star in the middle of it. This star symbolizes the communist philosophy of the country.

Interesting fact: Before Korea was divided into two separate states the current South Korean flag was used by the entire country (source: worldflags101). 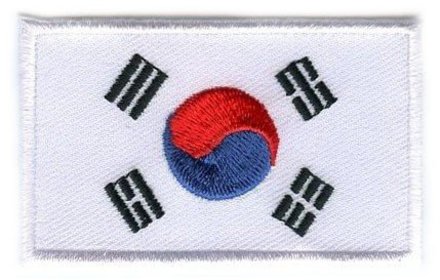