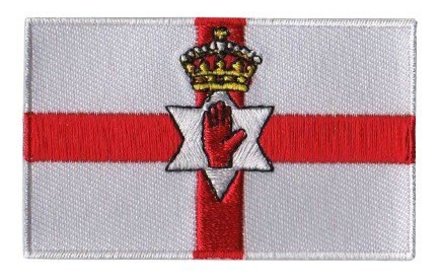 The Ulster Banner is a heraldic banner taken from the former coat of arms of Northern Ireland, consisting of a red cross on a white field, upon which is a crowned six-pointed star with a red hand in the centre. It was the flag of the former Government of Northern Ireland and common flag of Northern Ireland from 1953 until that government was abolished in 1972. It was adopted to mark the coronation of Queen Elizabeth II, and was first flown over Parliament Buildings on 1 July 1953, in honour of the Queen's visit. The Minister of Home Affairs announced that, while the Union Jack was the only standard officially recognised, those who wished to have a distinctive Ulster symbol might use the banner. Since 1972, the Ulster Banner has had no official status and is not used by the current Northern Ireland government or by the British government. However, the Ulster Banner is still in common use by loyalists/unionists, and to represent Northern Ireland internationally in some sporting competitions. (source: wikipedia)