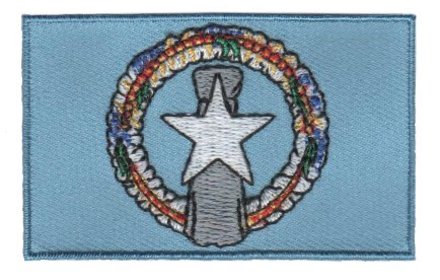 The flag of the Commonwealth of the Northern Mariana Islands was adopted in July 1985, by the Second Northern Marianas Constitution. The NMI flag was originally designed by Taga during the year 1985. Later during that year, they finalized the draft of the flag in the last CNMI constitutional convention. This was the most symbolic moment of the annexation of the CNMI.