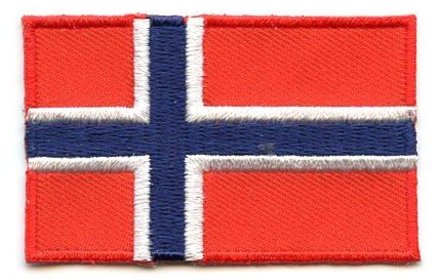 The first flag of 1821 was an idea of Frederik Meltzer's, a Danish Member of Parliament. He got the idea of adding a blue cross to the Danish flag during a session of parliament. We can assume the red and white color came from the Danish flag and the blue from the Swedish flag.