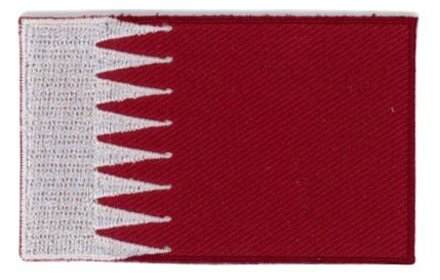 The flag of Qatar consists of a maroon base with a white serrated stripe on the left side of it. The stripe has nine points on it.

Meaning: The white portion of the Qatar flag symbolizes peace and the maroon, which was formerly red, represents the Kharijite Muslims of Qatar and the bloodshed in Qatar's many wars. The serrated edge represents Qatar as the 9th member of the 'reconciled Emirates' of the Arabian Gulf at the conclusion of the Qatari-British treaty in 1916.

History: The flag was adopted on July 9, 1971 just before Qatar gained independence from Britain on September 3, 1971. Qatar modified its entirely red flag with the addition of a white vertical stripe at the hoist to suit the British directive in the mid-19th century. The nine-pointed serrated edge was added to the Qatar flag in the mid-20th century and the maroon color was adopted in 1949, thus creating the modern day national flag.

Interesting facts: One reason given for the adoption of the maroon color over red on the Qatar flag was to distinguish Qatar's flag from similar red and white flags of neighboring countries. Another suggestion is that the natural red dyes used in the manufacturing of the Qatar flag deepened to maroon when exposed to the sun and this process later led to the color change in the flag (source: worldflags101). 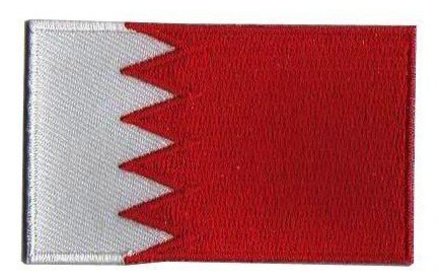