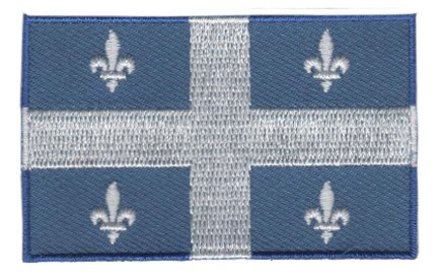 The flag of Quebec consists of a blue base with a white cross through the center, dividing the flag into quarters. In each quarter there is a white fleur de lys (also spelled fleur de lis).

Meaning: The flag of Quebec is often called the "fleur-de-lis" flag. The white cross originates from ancient royal flags of France. Contrary to popular belief, the fleurs-de-lis are not taken from the banners of French kings, who used golden fleurs-de-lis. The white fleurs-de-lis, on Quebec's flag, are symbols of purity; which originally represented the Virgin Mary.

Interesting Facts: The name Quebec originates from an Algonquin word for narrow passage. It originally referred to point of the St. Lawrence River where it narrows near what is now Quebec City. In 1763, the British named their newly captured colony Quebec. Quebec's official motto is: Je Me Souviens - I Remember. (source: worldflags101) 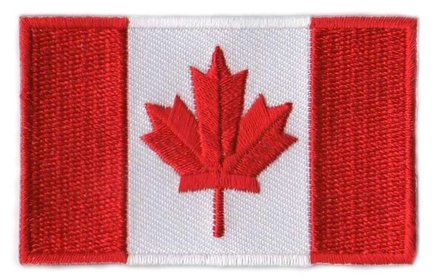