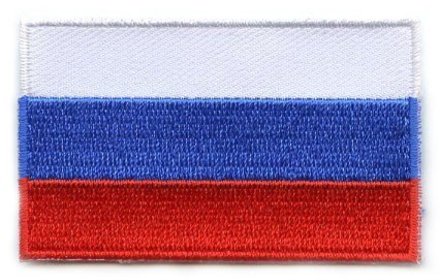 The flag of Russia consists of three equal-sized horizontal stripes:

- The top stripe is white, which symbolizes generosity and frankness
- The middle one is blue, which stands for loyalty, honesty and wisdom
- The bottom stripe is red, which means courage, magnanimity and love

The design of the Russian flag is based on the flag of the Netherlands. The Russian flag has also inspired the flags of many Slavic nations of Europe, and the colors are often referred to as the pan-Slavic colors.

Facts about the Russian flag patch:

There have been rumblings of a flag change in Russia over the past few years and most of the designs are based on the color red, as it is a national color of Russia. As of October 2004 nothing had materialized. In Russia the shade of blue used on the flags often varies from a light sky blue to a dark blue. 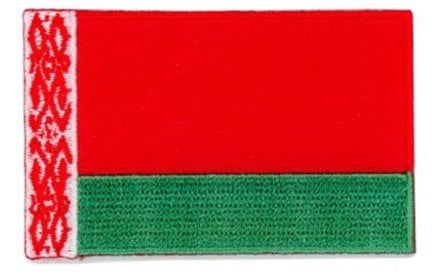