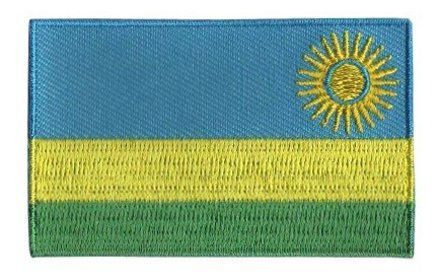 The flag of Rwanda consists of three horizontal stripes. The top stripe is blue, the middle one yellow and the bottom stripe is green. The yellow and green stripes are of equal width and the blue stripe is double the size of those stripes. In the top right corner of the Rwandan flag there is a yellow sun with 24 rays emanating from it.

History: The Rwandan flag was adopted on October 25, 2001. The Rwandan flag was created to replace the previous one that had been in use since 1961, just before Rwanda gained independence from Belgium on July 1, 1962. The government wanted to disassociate the former flag from the country's genocide of 1994, when ethnic violence ravaged the land.