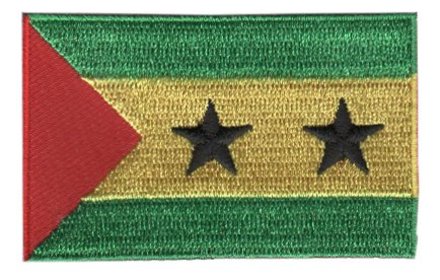 The colors and symbols of the flag carry cultural, political, and regional meanings. The green alludes to the plentiful vegetation of the country, while the yellow stands for the tropical sun and cocoa, a key agricultural crop for the nation. The red evokes the "struggle for independence", as well as equality. The two stars on the yellow band represent the two islands that make up the country. (source: wikipedia)