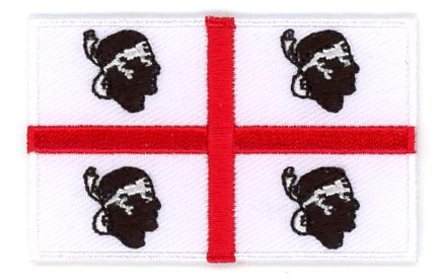 The flag of Sardinia, called the flag of the Four Moors or simply the Four Moors, is the official flag of the autonomous region of Sardinia, Italy, and the historical flag and coat of arms of the Kingdom of Sardinia, described as a "white field with a red cross and a bandaged Moor's head facing away from the left (the edge close to the mast) in each quarter" (Regional Law 15 April 1999, n. 10, Article 1.)

The flag is composed of the St George's Cross and four heads of Moors, which in the past were not forehead bandaged but blindfolded and turned towards the left. The most accepted hypothesis is that the heads represented the heads of Moorish princes defeated by the Aragonese, as for the first time they appeared in the 13th century seals of the Crown of Aragon – although with a beard and no bandage, contrary to the Moors of the Sardinian flag, which appeared for the first time in a manuscript of the second half of the 14th century. (source: wikipedia) 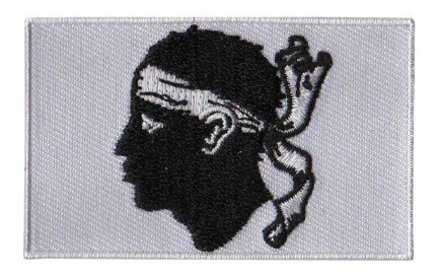