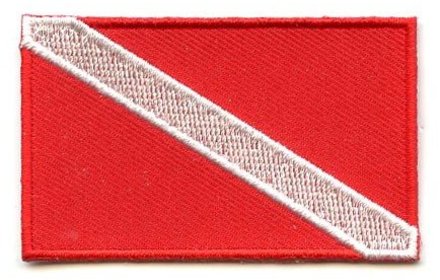 In 1949 Denzel James Dockery used the "Baker" flag (a solid red DANGER flag) when diving as he had used it in the Navy, but the flag was not recognized by civilian marine operators. He fabricated a red flag with a white stripe running across the middle, but discovered that this flag was a copy of a National Flag used by Austria. After much research the White Stripe was moved to ren from the upper left corner to the lower right corner (source: worldflags101).