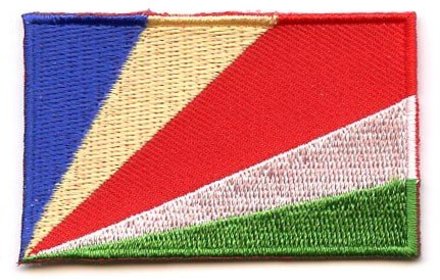 The flag of Seychelles consists of five oblique bands of blue, yellow, red, white and green (from left to right).

History: The Seychelles flag was adopted on June 18, 1996. The islands gained independence from Britain on June 29, 1976. This is the country's third flag since gaining independence. Seychelles' first independent government was overthrown in a political coup in 1977 and a new national flag was adopted, which was replaced by the current design.

Interesting Facts: The flag used in Seychelles from 1977 to 1996 was red, white and black (source: worldflags101).