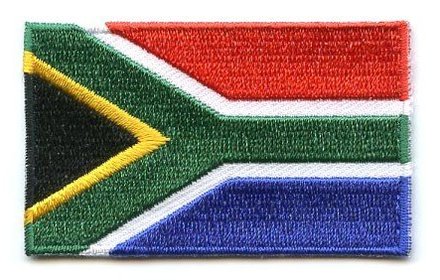 The flag of South Africa consists of:

- Two horizontal stripes of equal width: red on the top and blue on the bottom.
- The red and blue stripes are separated by a green middle stripe which is bordered in white and splits into a horizontal Y.
- On the left side of the flag there is a black isosceles triangle which is outlined in yellow.

Although the colors have no official meaning attached to them the South African flag incorporates the colors black, green and yellow of Nelson Mandela's political party, the African National Congress and the former Boer republics flags (red, white, and blue). The Y shape represents the convergence of South Africa's diverse society and the desire for unity. The South African flag is basically made up of former South African flags and the past meanings of the colors were Red for bloodshed, blue of open blue skies, green for the land, black for the black people, white for the European people and yellow for the natural resources such as gold.

The flag was designed by Mr. F. Brownell, South Africa's state herald. Earlier attempts to find a new South African flag with the help of the public turned out to be unsuccessful 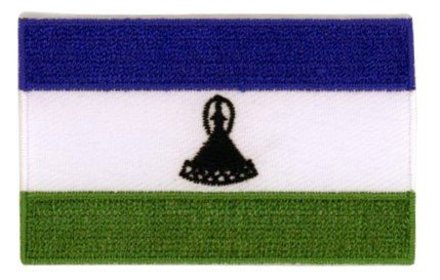