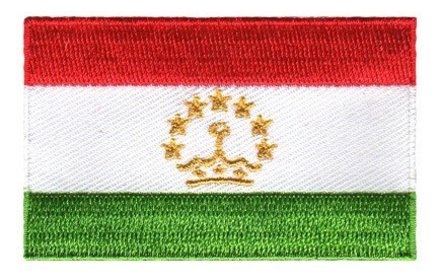 The flag of Tajikistan consists of three horizontal stripes - the top stripe is red, the middle is white and the bottom stripe is green. The white stripe is double the size of the others. In the middle of the white stripe and flag there is a yellow/gold crown with seven, five-point stars over top of it.

Interesting Facts: The Tajikistan flag's stripes are the same color as the flag of Iran, but in a different order. The countries also have close ethnic ties. (source: worldflags101)