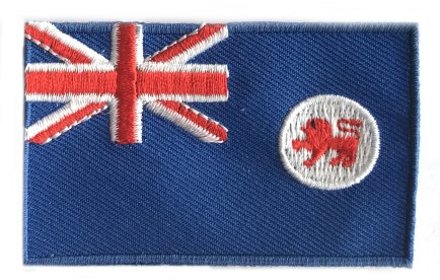 The current state flag of Tasmania was officially adopted following a proclamation by Tasmanian colonial Governor Sir Frederick Weld on 25 September 1876, and was first published in the Tasmanian Gazette the same day.

The flag consists of a defaced British Blue Ensign with the state badge located in the fly. The badge is a white disk with a red lion passant in the centre of the disk. There is no official record of how the lion came to be included on the flag. Where this design originated from is unknown, but it is assumed that the red lion is a link with England. This flag has remained almost unchanged since 1875, with only a slight change of the style of the lion when the flag was officially adopted by the government in 1975, although this was a mistake, as it had already been officially gazetted by the colonial government in 1876. (source: wikipedia) 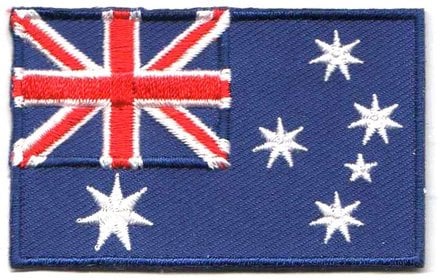