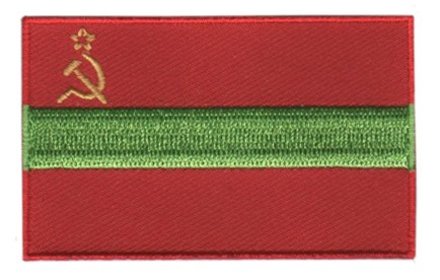 The flag of the Pridnestrovian Moldavian Republic consists of three equal horizontal bands of red, green and red with the golden hammer and sickle and a gold-bordered red star in the upper canton. Transnistria adopted this design that comprised a version of the 1952-1990 flag of the Moldavian Soviet Socialist Republic in the 2000 Law about State Symbols.