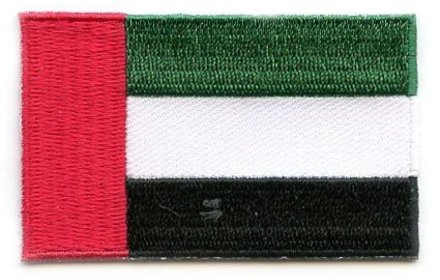 The flag of the United Arab Emirates is believed to be based on the Arab Revolt Flag which was created in 1916, and flown by Arab nationalists during their liberation struggle against Ottoman (Turkish) rule. Red, white, black and green are called the pan-Arab colors and have been historically linked to the Arab people and Islamic faith for centuries. They stand for Arab unity and independence and can be seen in the flags of many countries in the region.

The United Arab Emirates used to have the biggest flag pole in the world until it was surpassed in 2003 by the Amman (Jordan),